Ishii Design was originally founded by Daniel Ishii in 1979. Daniel was an award-winning designer who had left Standard Oil of California and Valtek of Provo to strike out on his own. It wasn’t long before Daniel brought his sons, Mark and Carl, into the business.

Mark and Carl spent long hours after school and many summers learning the business. In 1983 Mark left for college with the intention of returning to run the business side of the firm.

While Mark attended college to earn a degree in business from SUU (Southern Utah University) Carl continued to work on projects with Dan and perfect his design skills. At the young age of 17, Carl won Neenah Paper’s Western Regional Second Place award for logo design. Carl’s talents are well known amongst his peers and his drive for perfection is unsurpassed.

In 1988 Mark graduated and temporarily worked at Foot Locker while waiting for a position to become available at Ishii Design. Less than a year later, the first color computer for graphics was introduced–the Mac II. Daniel quickly saw the future and asked Mark to return to Ishii Design.

Mark was asked to handle the computer side of the business and to get everyone up to speed. Mark learned quickly how to take advantage of the power of the computer and steered the company into the twenty-first century.

After securing the future of Ishii Design in Utah, Daniel chose to follow his dreams and move to Lake Tahoe. Mark at the tender age of 22 and Carl at only 17 were faced with a life-changing decision, but ultimately chose to keep the doors open. They have not looked back since.

Their passion for design and desire to help ohers grow their businesses has served as their motivation. Nearly 25 years later, the brothers are still passionate about graphics.

If Mark and Carl have their way, they will finish their careers where they started–helping others succeed. 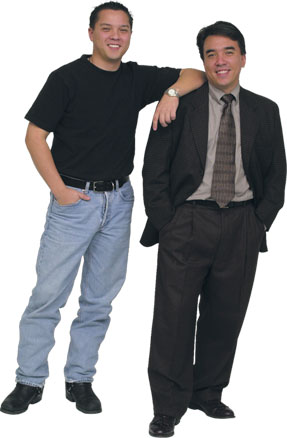